Floods Averted and other Updates


Readers of this blog are probably familiar  with the City of Alexandria's continuing struggle with flooding. Alexandria has had some extremely heavy rain on several occasions this year. Last night was another sustained and heavy rain that dropped about 4 inches of water over two hours. Several zones in the city experienced flooding.  I am happy to report that the flood control measures we adopted have been successful and our basement stayed dry, as did most of my neighbors. However, just a couple blocks from my house, there was significant flooding.
I learned that our drain pipes will need periodic maintenance. The pop-up emitter on the main exhaust pipe was clogged with the a collection of samaras, or maple tree seeds, the kind we called helicopters as a kid. There are no maple trees near our gutters, so these are propelled by wind onto the roof where the rain collected them in the gutters. Perhaps we need some kind of gutter filters.

Over the past two weeks I have conducted two zoom seminars on railroads of the civil war. The first was for the John W. Barriger III National Railroad Library at the  St. Louis Mercantile Library, University of Missouri - St. Louis. Next John Ott discussed early locomotive builders, and then Nick Fry covered the history of early railroads in Missouri.  You can watch all three presentations at the following link,

The second presentation of the same subject was to the Cincinnati Division of the NMRA.
I am scheduled to do two more presentations in the coming weeks. The next will be on August 22 to the Potomac Division and another one at a date to be determined to the Louisville Division of the NMRA.
I have been working on a model for the new Museum of Freedom in Alexandria. This will be a model of the slave jail that existed in Alexandria before the war. I'll provide an update on that later. 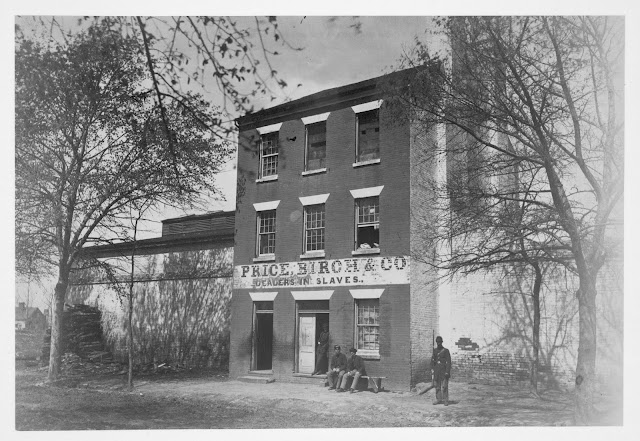