Why do you think we find scaled down miniature things so appealing?

Adam Savage, former co-host of "Mythbusters" and now host of "Tested" on Youtube, was recently asked the question, "Why do you think we find scaled down miniature things so appealing?" You can watch the first 2 minutes of the video below to see his answer. Spoiler alert, he really doesn't answer the question. So I ask the same questions here. Why do we find scaled down miniatures so appealing?

In my case, I have enjoyed model building as long as I can remember. I recall the GM Exhibit at the New York Worlds Fair had a big effect on me.  But I don't know if that was result of my existing interest in modeling or if it inspired it. My dad built a train layout for my brother and I as kids, but I never was that interested in trains very much after that. I was more into cars, armor, ships, rockets, and airplanes as a young teen.  It was only after my son was born that I became interested in model railroads.
For me the fun is in the creating. Once I have the object, it's time to move on and build another.  That is why I often sell, dismantle, discard or give away many of my completed projects.

Why miniatures versus full scale objects? That I don't know for sure. Perhaps because it's easier to work on a wider variety of things.
Miniatures have been with us for a long time. In the Getty Villa Museum in Malibu, CA I saw an exhibit of miniature figurines that Roman citizens collected. So the hobby is over 2000 years old.
But, now I have come to realize that model railroading is a fantastic, if not the best, miniatures hobby. I find the multifaceted nature of it most rewarding. Historical research, carpentry, civil engineering, mechanical engineering, electronics including the software side of computers, artist work, photography, and videography are all aspects that I find interesting and rewarding.  Plus, a model railroad is not a static thing. It actually comes life when the trains move and even more when the crews operate it.
Modeling a military railroad combines several of my interests such as military history, figure modeling, warships, on top of the railroad subjects. That makes it more satisfying for me. Civil war era railroad modeling has the advantage of smaller rolling stock, so the space claim is less for any given scale subject.
The social side of model railroading is also rewarding. My wife is no longer amazed that no matter what town we visit, there is usually a model railroader I can visit and go in their house. My layout visit log says I have visited over 300 different layouts since 1992. How many  hobbies have that level of personal interaction?
So what do you think?
6 comments:

I injured my back somehow last week. That has curtailed my layout work, but I was able to catch up on some writing and design projects. CHAIR-BORNE!  (for you former paratroopers.)

I wrote three articles that seem to have been accepted by the editors. So hopefully we will see them pop up in the magazines at some point. One of the articles was for a new magazine for me, a non-model railroad magazine.There is quite along lead time from article submission to publishing, so it could be a while.

I did shoot some new photos for the articles including this shot of Battery Schaefer. Prior to the layout expansion, this shot was obscured by trees. Now, the trees are no longer in the way and we can get a look at a train coming north past the battery. 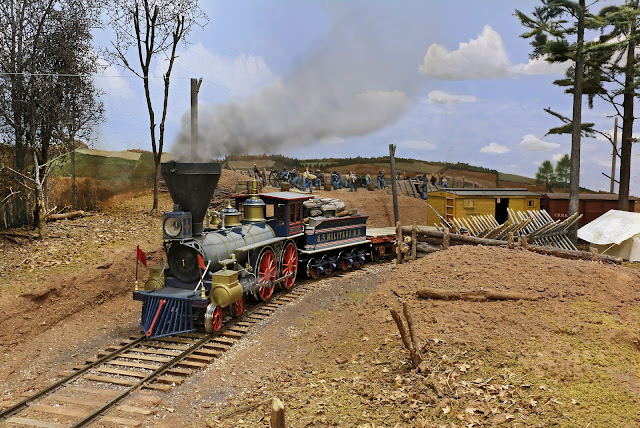 Another project I could do from my chair-borne position was a track plan design. A model railroad club in Ogden, Utah obtained access to a store for a semi-permanent layout. Some of their members asked me if I could help with the layout design. They wanted something that featured scenes from the local area, had crowd pleasing features, but also allowed interesting operation. They had sketched out a basic foot print for the layout, so all I had to do was fill it in. 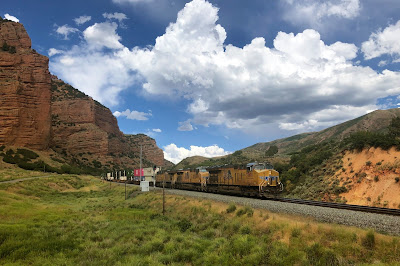 I have rail fanned this area several times so I was familiar with some of the signature scenes. On one trip we caught a UP steam train heading up Weber Canyon. I did a short youtube video on that along with some help from Brian and Jake.

I came up with a rough draft plan. We will see how it evolves and if they use any of my ideas. 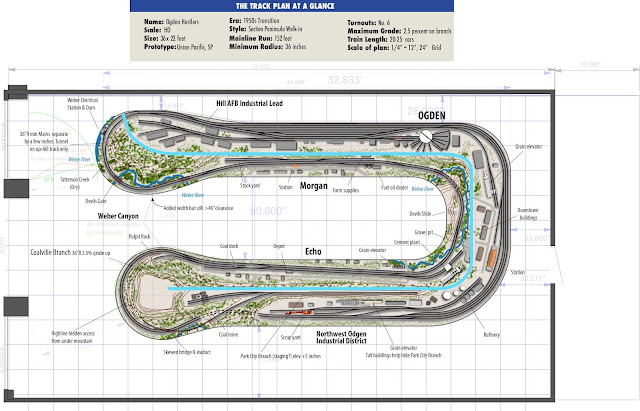 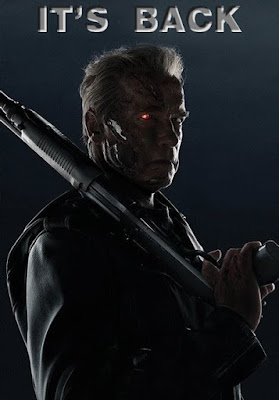 I am continue to lay the track at Falmouth. Tonight I installed most of the ties. 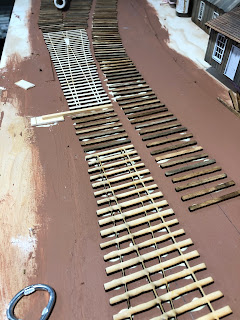 I made a few adjustments to the track plan, including bringing back the infamous double slip stub switch.  Why? My operators just love it!  Plus, it actually will save some work as one switch stand can serve two turnouts.  It's odd to realize that there will only be 5 turnouts at Falmouth plus the turntable.
The arrival track is long enough to comfortably hold a 10-car train and a engine. Now, to lay the rail and install the spikes. I hope I have enough. 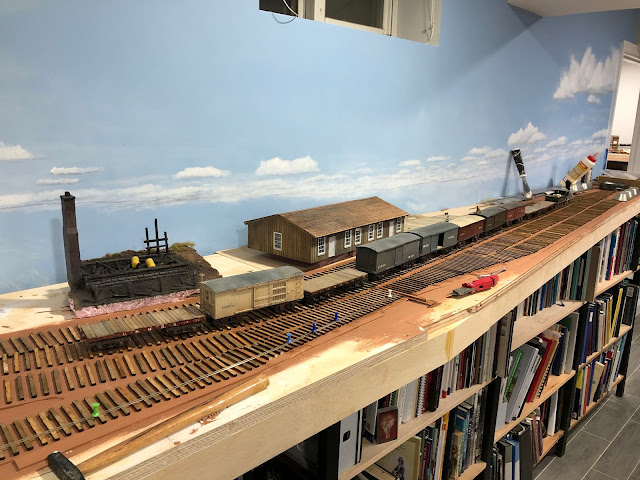 I did a short video update on the start of laying track on Phase II of the layout expansion. I posted it below. 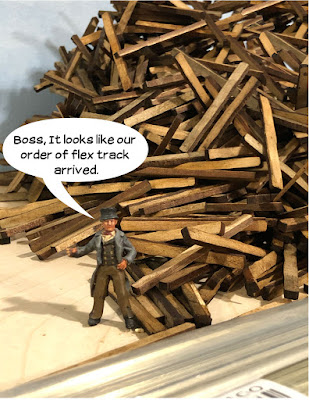 No, I am not leaving, quitting my blog, or getting divorced. I mean this literally, it is time to cut the ties I will need for the new track.

It took about 2 hours of laser time and 7 sheets of 4 inches by 24 inches by 1/8th inch basswood to make a decent pile of ties. I like to use the laser to cut the ties with slight wobbly edges so they look like they were hand hewn. But I do not make the tops and bottoms rough in the interest of smooth and reliable running.

I stained the ties in batches with each batch using a slightly different color stain. I use alcohol and acrylic stain by Liquitex or artists inks. 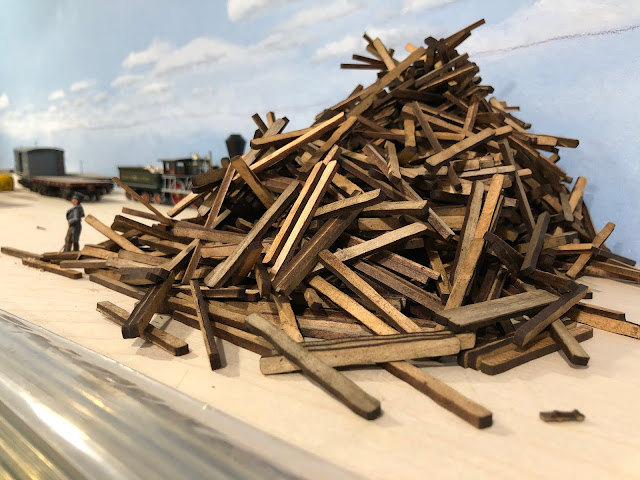 "If I had a dollar bill for every tie I cut,

there'd be  a mountain of money piled up to my gut," with apologies to Annie 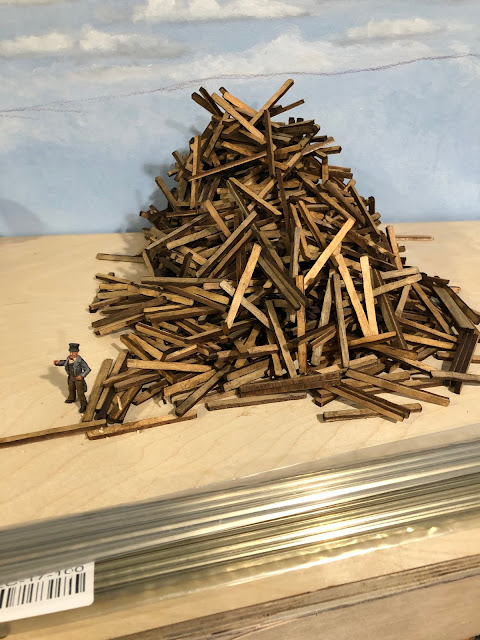 Email ThisBlogThis!Share to TwitterShare to FacebookShare to Pinterest
Labels: Track

I completed the benchwork for the layout expansion this evening. I thought I would do a video update so as to better show the extent of the completed section.

After I filmed the video, I put some cars and structures on the benchwork to get a feel for how the scene will look. 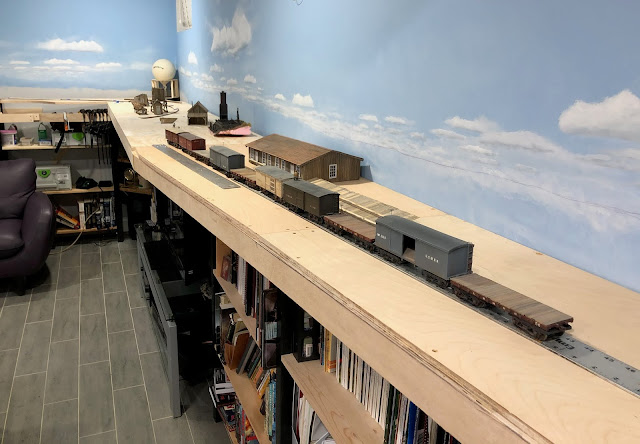 I finished constructing and painting the sky and clouds on the backdrops for the Falmouth extension. A few friends requested that I do a video of how I paint my backdrops. So I put one together and uploaded it to YouTube.

In the video I explain the concept of the floating cove to improve the appearance of the corners. This technique has worked well for me. I have not had any cracks develop in my backdrops over the 13 years the layout has been up.

The video was getting a little long, so I edited out the discussion of why I did not cove the corner by the planned balloon camp.  There is a window adjacent to that corner. This window is a possible fire escape for the room. So I did not want to block it with a section of masonite I would use for a cove. Solutions that involved a partial cove just didn't look right. So I plan to rely on the Lowe's observation balloon to help hide the uncoved corner.

I have not yet painted the ground portion of the backdrop as that will depend on how I install the 3D terrain.