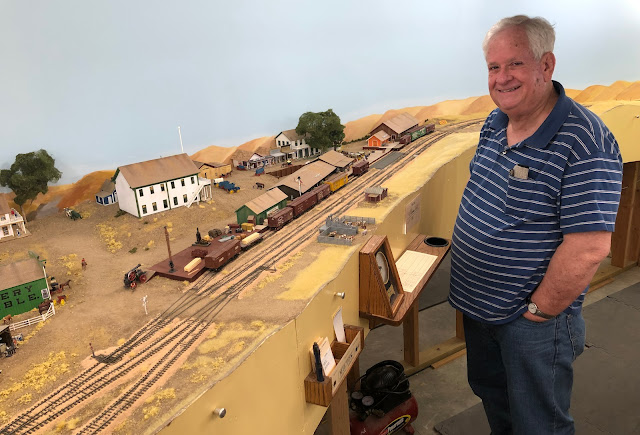 I was saddened to learn of the sudden passing of my friend Don Ball last week.  I don't know the cause of death, but he was not ill from COVID at the time his passing.

I became friends with Don via our mutual interest in early rail modeling railroading as we frequently met at traveling operating sessions.  I enjoyed his company as we had much in common. It might be strange to say, but I liked to listen to the sound of his voice that combined a midwest and California patois. 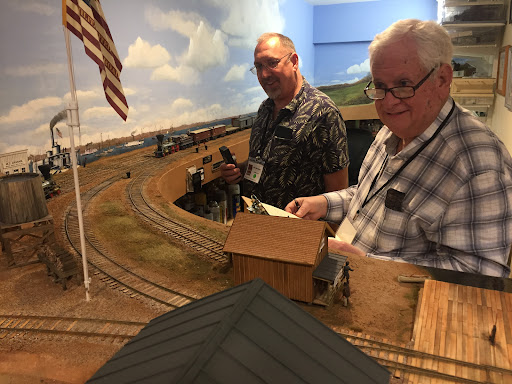 In 2017, Don had a chance to operate on the Aquia Line. In 2019 I had a chance to visit and stay with Don and his wife Becky in their home. While we didn't operate his layout, I did get a nice long look at it while he demonstrated the operation of some of his finely build HO scale early rail engines. You can see examples of his fine modeling at his blog, which is listed at the right of this post, The Copperopolis  and Stockton Railroad, C&CRR.

In addition to model railroads, Don had many other interests. He was a true Renaissance man. He was current the president of the Virginia and Truckee Railroad Historical Society. He wrote on book on the history of the Billerica and Bedford Railroad.  He also liked to tinker with machines. He had a restored steam car in his garage. He also dabbled in 3D printing and computer aided quilting.

Don and I also shared an interest in wargaming. In 2020 during the pandemic lockdown. Don participated in a Civil War play by email game that I developed.  He helped set up the VASSAl implementation of the game so we could all play it better.

Don was also a member of the ACWRRHS. He, Becky and I spent a long weekend in the Memphis area driving around to see several civil war historical sites.

He is survived by his wife Becky, son, and step children and grandchildren. Here is a link to his official obit.

A Project for a Snow Week

Winter came in with a vengeance this week. We went from 65 degrees F to 13 inches of snow in 12 hours. Then just 4 days later another big storm hit the east coast, but only dropped 3 more inches of snow on our region.

Our planned trip to visit my daughter and son-in-law in Alabama was postponed. So I took the time to build a small vignette based a situation from a role playing game of Dungeons and Dragons. I had never played D&D before despite my background as a war gamer. But a friend invited me to his new campaign and I accepted.

It was a lot of fun. I have played a lot of the computer game Diablo. But D&D is a role playing game where most of the action takes place in your imagination. So I thought it would be fun to bring to 3D a scene from the game.  This was the first battle my character encountered. Our party of 5 were attacked by orcs that had just ransacked a farm. Only two of them reached my location where my character had to defeat them in close combat. The other orcs were felled by my team mates' arrows and magic spells. 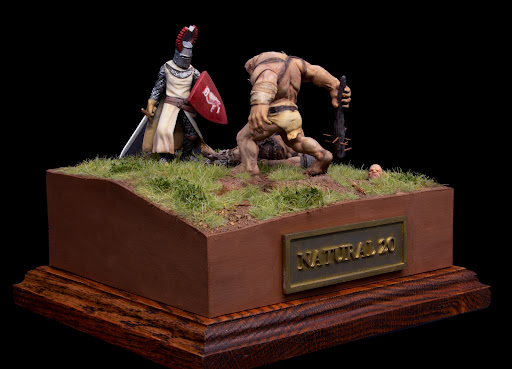 All these figures are 3D prints that I made from files I purchased on line. The overall vignette is about 6 by 7 inches. It was a fun little project that allowed me to practice my figure painting with acrylics and water based oils. 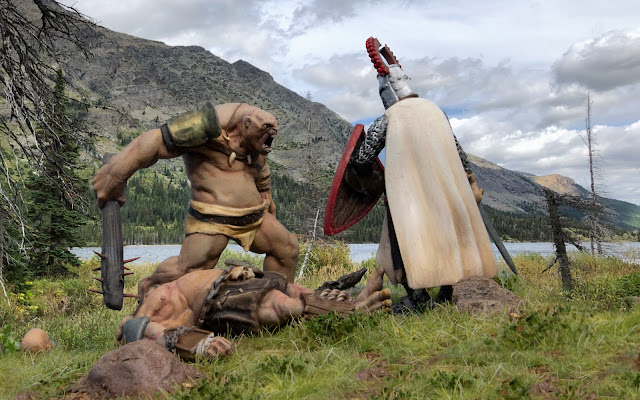 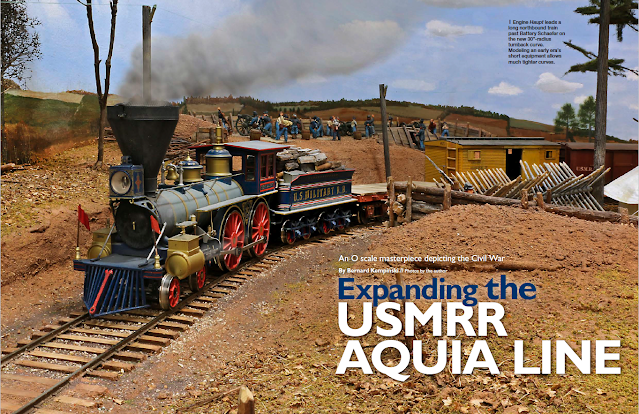 The 2022 issue of Model Railroad Planning is out. It features an article about how I am expanding the Aquia Line. The issue is a good one with excellent articles on several other railroads, including two that I operated on or visited.   You can order the digital copy from Kalmbach or pick it up at Barnes and Noble or your favorite Hobby Shop.
1 comment:

Email ThisBlogThis!Share to TwitterShare to FacebookShare to Pinterest
Labels: Magazines

A Look Back and Ahead

We survived another pandemic year without any serious illness.  We are looking forward to a better year in 2022.

As the New Year rolled in, I waxed philosophically about what might be my next layout. You might be happy or shocked to learn that I could not come up with any layout idea that I might like better than the Aquia Line. So the Aquia Line will be staying around. There is still a lot to do on the layout that should keep me busy for a few years. Despite that navel gazing, actual construction on the Aquia Line has been slow as I have been working on several other projects.

The first was a set of shelves for my granddaughter. She is due to arrive some time in early March, though her mom reports she is already sassy. So far mom and daughter are fine. We hope to have a healthy baby to introduce to grandpa's trains.  The shelf and coat hook were requested by my son-in-law, who is a LEGO fanatic. My daughter suspects these items will end up in his study. So we are making another set of shelves to hold baby books etc. 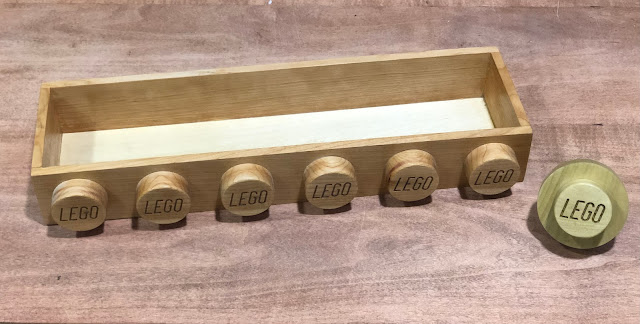 I attended recently two op sessions on local railroads. The first was Mat Thompson's Oregon Coast line. Mat reconfigured his railroad to be a switching layout. Most of the railroad is now in yard limits with crews working various locations. It is a fun, low key way to operate a layout.

I next operated on Paul Dolkos's Baltimore Harbor District railroad. He too has a industrial switch district. I ran the transfer trains from staging to the various work zones. As everyone knows, Paul's layout is gorgeous. And it's fun to run.