Since my wife has become a golf addict my typical Saturday has involved early morning golf practice at Goftec and then a round of golf at a nearby course, usually followed by a nap. That routine was interrupted this weekend by heavy rains. So instead of playing golf after practice, I took up Marty's offer to attend his op session on his CV HO scale layout.

Now when I say attend his op session, I really mean just visit. He already had a full crew. So my participation in the session was basically to distract the operators and dispatcher, and then eat a wonderful lunch that Chris prepared.


Shooting the breeze and eating ---now there are two skills in which I am very qualified.

It was fun seeing the guys and catching up. And I don't think I was too much of a distraction as the layout appeared to run well. We also witnessed another quintessential Doug Gurin moment when Beauregard (one of Marty's Basset Hounds) stole Doug's bagel from his knapsack.

Marty is making nice progress on the layout. He even is talking expansion plans.

Yes, the lunch was GREAT! Chris made a slow cooked pork BBQ with a special rub spice mix and plum sauce. Thanks Chris. One of the nice things about living near Washington, DC is that a lot of interesting things happened and continue to happen here. The visit of the French Frigate L'Hermione is a recent example.

L'Hermione was the ship that carried the Marquis de Lafayette from Rochefort, France, to Boston in 1780 with the welcome news that the French were sending arms, ships and men to help the colonists fight the British.

The symbolic return of L'Hermione pays homage to Lafayette and this historic relationship between France and the U.S. The story of the replica L'Hermoine is quite interesting. You can read more about it here. 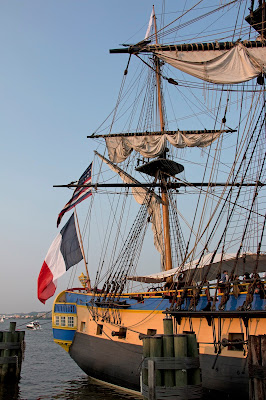 I saw the L'Hermoine when it stopped in Alexandria for a few days last week. I did not go on the ship. I could only observe it from the piers. It was great to see an authentic tall ship once again docked at Alexandria.

This nautical visit ties in nicely with a new project I am working on for the Lyceum, Alexandria's City Museum. But more about that later. 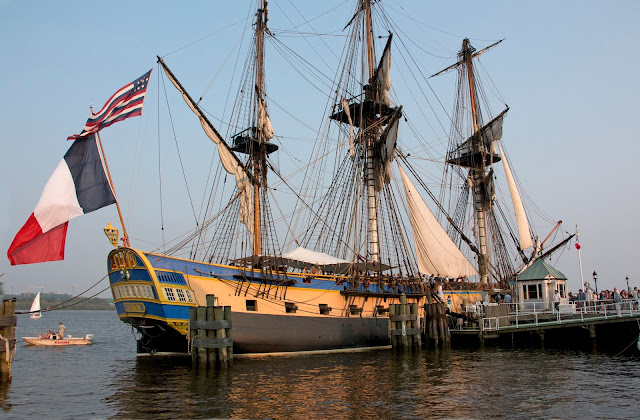 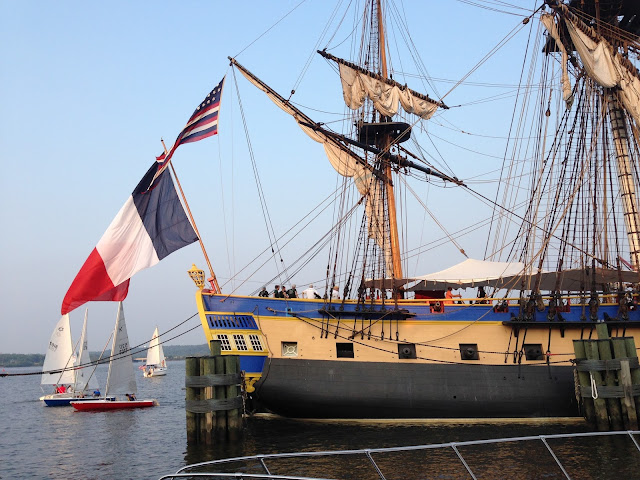 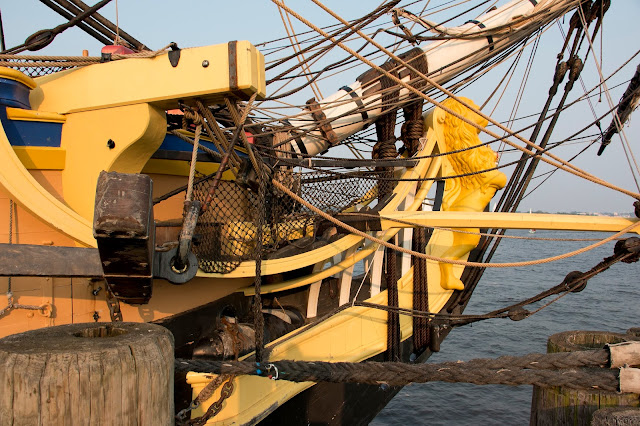 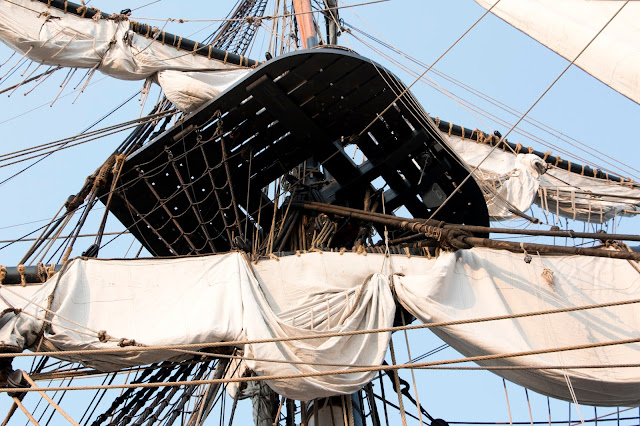 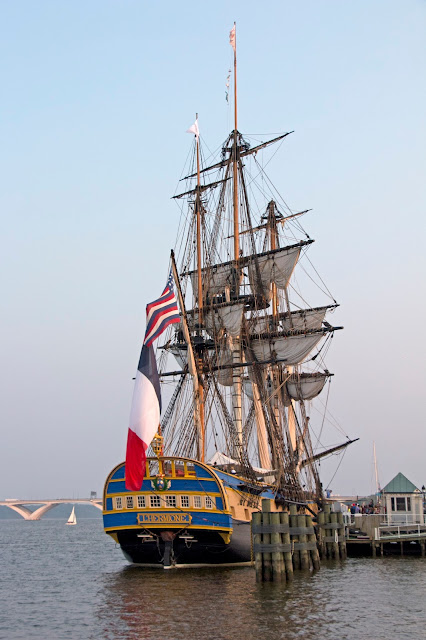 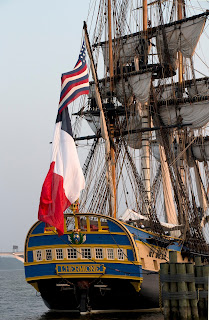 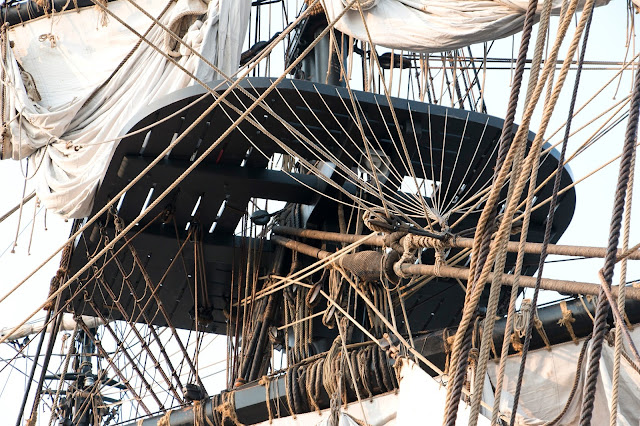 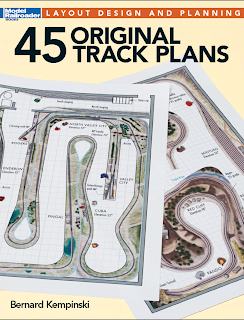 I received a sneak peak at the cover of my next book. Here it is.

The book is currently at the printers and should be coming out in a few months.


In other book news, Model Railroad News ran a two page review of my book, "Model Railroads Go to War." See their July 2015 issue for the full review.

I just completed a great trip to northern France with my wife, brother, his wife and two of my brother's in-laws. In the 8 days we covered a lot of ground. We visited several sites with military history significance. We did not see too many rail related sites, but one or two did sneak in.

Some of the highlights included the L'Hôtel des Invalides in Paris. It is a fantastic military history museum. It covers many of the eras of French military history. My wife found the WWII history section very intriguing. After reading how the Germans captured France in 40 days by moving through the largely undefended Ardennes, she commented, "Well, they really had some bad intel."

I also enjoyed the WWII section, particularly how the French museum was very honest and matter of fact about the early parts of WWII. But I also found the Napoleonic, Franco Prussian, and WWI eras very interesting.

I know very little about the Napoleonic era (by design - I know it is a bottomless vortex of fascinating history. So I try to stay away lest I be sucked in never to reemerge.) I know even less about the Franco-Prussian War. So it was interesting to get a bit more exposure to those subjects.

The model builder in me really was fascinated by the top floor of the L'Hôtel des Invalides where the Musée des Plans-Reliefs was located. This is a collection of 3D maps made hundreds of years ago for defensive planning purposes. The detail on these century old models was incredible.

Next we visited Normandy where we played golf at the Omaha Beach Golf Club. This course has 36 holes that literally sit on the edge of Omaha Beach, one of the toughest fights on D-Day. The sixth hole of the Course la Mer has former German bunkers next to the green.

I was happy to birdie two holes, but got a bogie on Gen. Patton's hole (I wonder if he would have slapped me?) All the holes are named after leaders, heroes and battles in that campaign.

We also got to see the German artillery battery at Longues-sur-Mer and the remains of the artificial port at Arromanches. Some of the Mulberry cassions are still visible at the port.

Later in the week we toured the Verdun Battlefield especially le Fort de Douaumont and the memorials there. The shell pocked ground and 16,000 graves provide a sobering reminder of the folly that is war.


Overall, we had great time, despite all the somber battlefield visits. Just about everyone we met was friendly and gracious. My high school French came in quite handy, as our French hosts were very appreciative of our attempting to speak in their native tongue.