Marty McGuirk recently mentioned to me who had influenced him the most in his model railroad hobby. This got me thinking about my own entry into the hobby and who influenced me. Hmmm...

I do recall seeing John Allen’s layout in Model Railroader at the public library when I was in high school, but the person that influenced me most to get into model railroading was my son Chase. He loved trains when he was a kid and he infected me. My dad claimed some credit as he built an HO layout for my twin brother and I when we were about 6. So I guess Dad planted the seed, but Chase got it growing.

Prior to Chase and I building a layout together, I really was not that interested in trains. In fact, I had a job offer when I got out of the Army in 1984 from GE Locomotive Group to do thermodynamic modeling of their prime mover diesel engines. That would have tied directly with my master thesis work entitled, "Thermodynamic Modeling of Engine Knock based on End Gas Temperature and Pressure." This was the time period when GE had converted their locomotive factory to robotics. I got a tour of the robotic assembly plant. It was an interesting juxtaposition of a brick steam era facility with modern robots moving about.  But I took a job in the defense industry instead as I thought at the time that, "trains are boring." Hah! Little did I know! 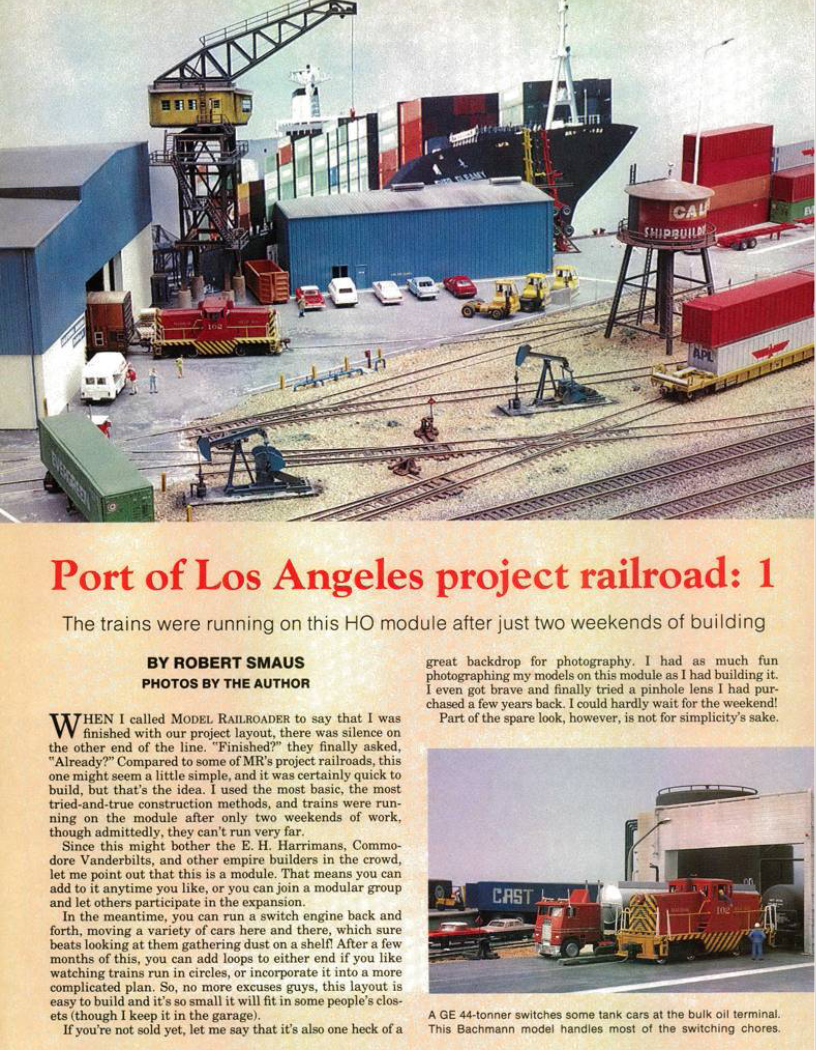 I built a couple layouts for Chase, and then Danica when she came along. I had such fun building them for the kids,  that I built an NTRAK module for myself. That module was heavily influenced by Bob Smaus’ Port of Los Angeles module in Model Railroader in the early 1990s.   My module was called Chase Marine Terminal. It was a 2x4 NTRAK module with an 18 inch long container ship and a Paceco 40-Ton container crane. Both models were scratch built. I got rid of the module, but I kept those two models. I still have them.

I built a second Chase Marine Terminal as a part of a home layout in the mid 1990s.  And I have plans for a third one at some point.

John Hill and Matt Schaefer were both good friends that had a big influence on my modeling.

John is well known as a war-game designer (Squad Leader and Johnny Reb are two of his most famous games). He is one of the most astute military analysts I have known. But he is also a fine model railroader and model builder. He excels at designing scenery for war games.    We had many great times researching and building scenery for massive - 40 plus player - miniature war-games in the late 1980s. He is introducing a new civil war game to be published by Osprey Publishing at the 2014 Historicon Convention this weekend. 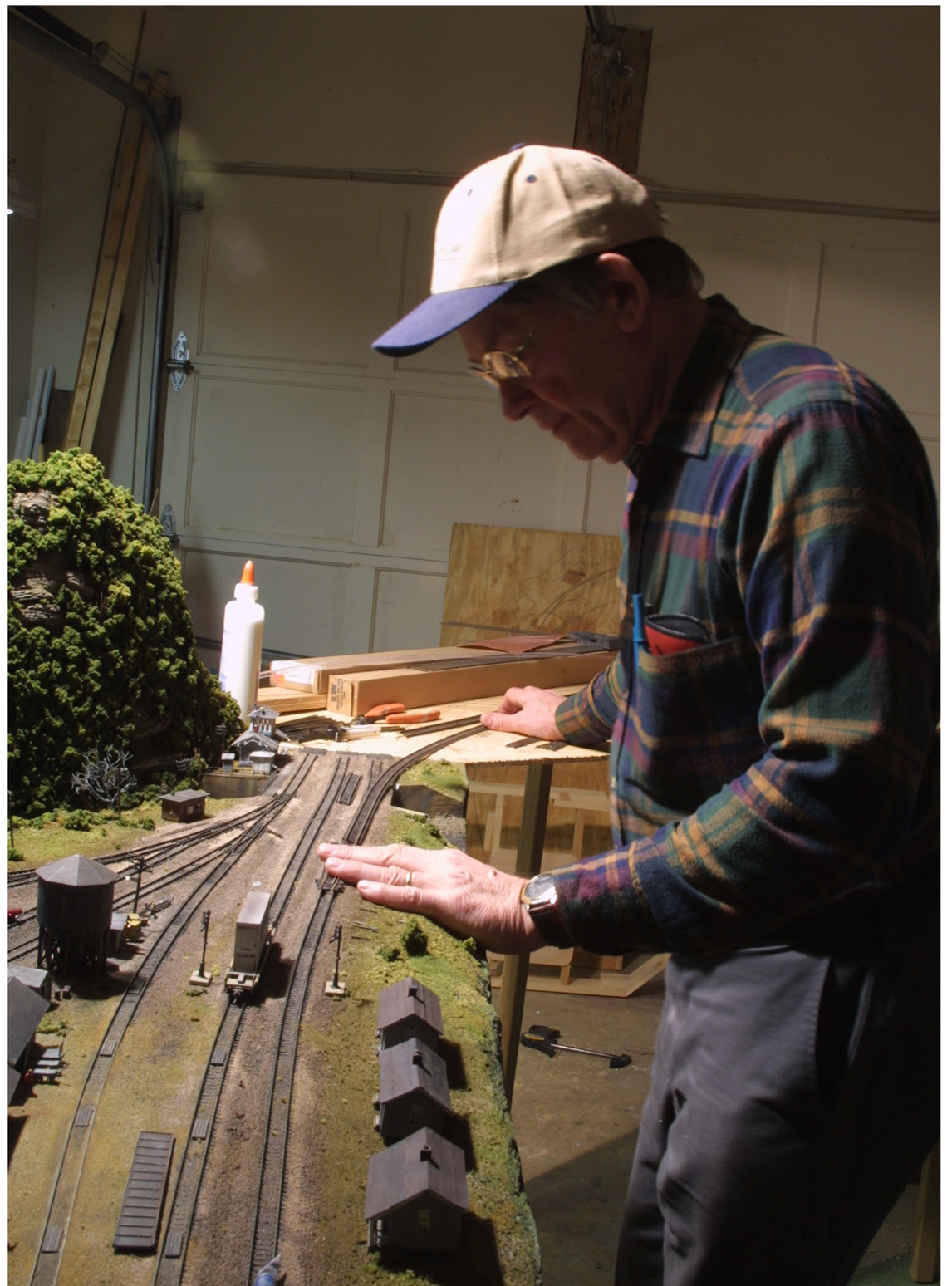 Matt was a great friend who introduced me to the C&O. We spent many a late night building joint projects, usually C&O related. We also did a lot of photography together. Alas, he passed away about 4 years ago.  I, and many of our mutual friends, really miss him.