I am preparing to run the final section of telegraph line (scenic only, not functional) on my layout.. Since I have a tunnel that was not on the prototype, I wondered how they would have run the telegraph line. Would they run through the tunnel or over the nearby hill?

On the Aquia Line the telegraph line was installed by the U.S. Army Signal Corps and not the railroad.  I suspect the Signal Corps had other military, non-railroad related,  factors to consider when laying the lines. So they would not have necessarily followed the railroad. 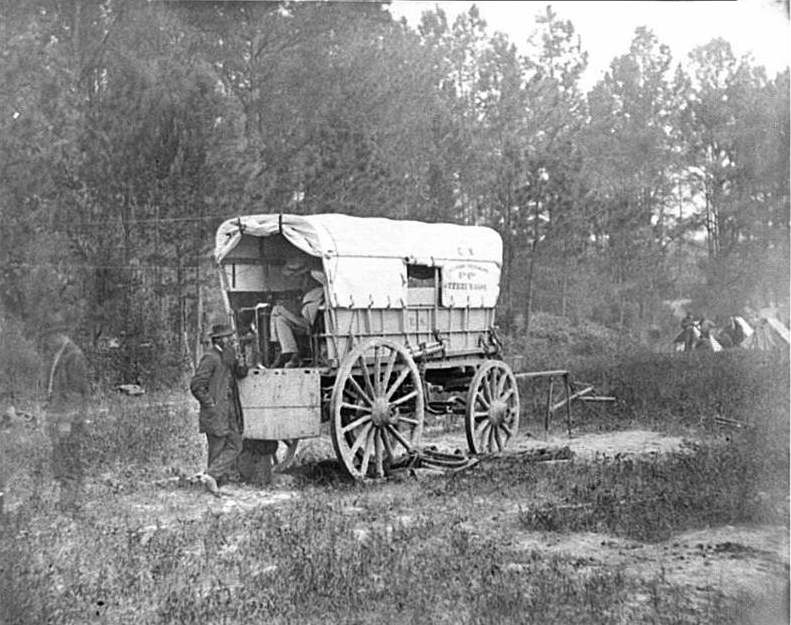 However, photos of the Aquia Line do show a telegraph line paralleling the tracks in the Stoneman’s Station area (see image above). Since the units of the Army of the Potomac were deployed primarily along the railroad right of way, it is reasonable that the telegraph wire would follow it. But the Army of the Potomac Headquarters at this time was not near the railroad. It was at White Oak, a few miles east of  the railroad. Reports state that the Headquarters did have a telegraph office, so at least one line was sent over land away from the railroad. The Army Signal Corps was mobile (see wagon at left) and could lay lines over land as the campaigns progressed.


I posed this question to the Civil War Railroad Historical Society Yahoo Group. The consensus there was mixed with people suggesting that either case was possible.

My tunnel is based on Crozet Tunnel on the Virginia Central. 19th Century photos of that tunnel show the telegraph lines going over land. Thus, I will run my lines over land. 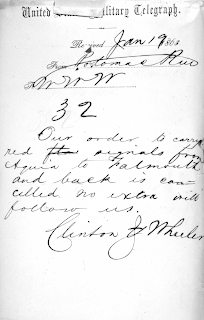 With regard to telegraph lines at Aquia, perhaps the more interesting line was the “submarine cable” from Aquia to Washington. That allowed rapid communication between the Army and the War Department.  I suspect that the train orders on file at the National Archives are actually copies transcribed by operators at the War Department as they listened in to the Aquia Line traffic. Depicting the submarine cable on the layout will be really simple!