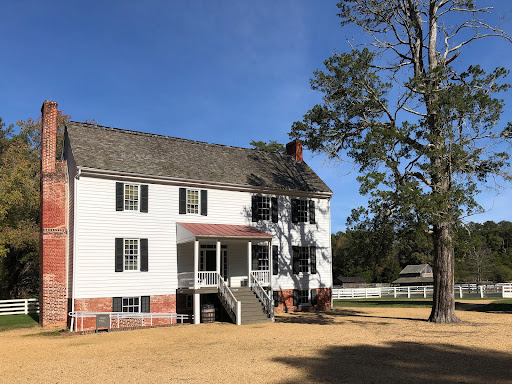 Last weekend I took a trip to Danville Virginia to participate in a High Performance Driver Education event at the Virginia International Raceway. On my way there I stopped at the Pamplin Historical Park and The National Museum of the Civil War Soldier. I have wanted to visit this for a long time and I am glad I finally did.
The site consists of a large museum and hundreds of acres of civil war battle field with several restored civil war era structures including two farms, barns, and original and replica entrenchments.
The museum is fantastic. The facility is first class. The full scale dioramas and exhibits are excellent. They are chock full of detailing ideas. They also have an assortment of miniature dioramas to depict scenes such as a regiment on the march, a prison camp, and other scenes with a larger scope too big to show full scale. They don't permit photos in the museum, so you will have to visit to see for yourself. It is worth it.

The outdoor exhibits are also excellent. The Tudor Hall Plantation exhibit is especially impressive. It is a restored tobacco farm originally built in 1815 and expanded in 1850. The plantation includes many of the out-buildings of a typical farm in that era. They also show slave quarters. The interiors of many of the buildings are open. Those provide a wonderful view of the typical contents of civil war era buildings - perfect for modelers looking for detailing ideas.  I definitely need to add some more out-buildings to the farms on my layout.
There was an interesting set of dioramas in the basement of Tudor Hall that showed the appearance of the plantation before the war and during the siege. Before the siege, the farm looked lush and prosperous. During the siege it was a desolate, barren expanse covered with the temporary shebangs of the camping soldiers.
The plantation sits alongside the location of some of the entrenchments from the siege of Petersburg. The Union Army's ultimate breakthrough occurred in this area. There are trails that wind through hundreds if not thousands of yards of the former entrenchments. They also have created a replica of typical earth works. There is a second exhibit hall here built to resemble a Confederate fort. Inside was nice exhibit devoted to African American soldiers in the civil war. 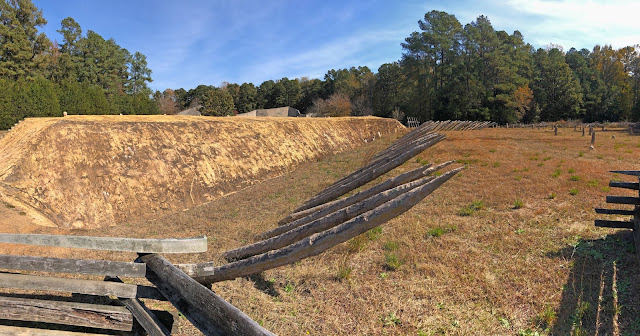 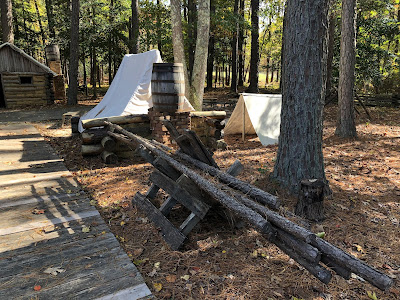 They also have a small recreation of what a civil war camp during the siege might have looked like. One thing I did not know was that the latrines were placed in no-mans land between the lines. That sounds like a dangerous situation.

Email ThisBlogThis!Share to TwitterShare to FacebookShare to Pinterest
Labels: Museums