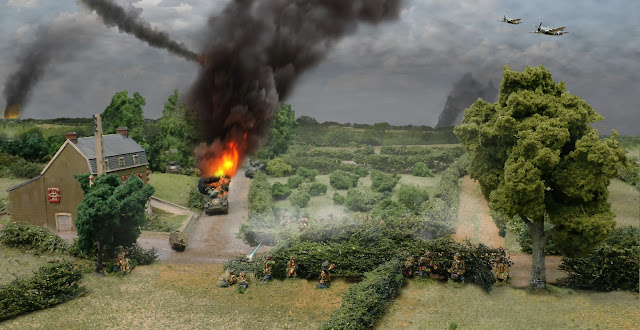 Today must be my lucky day as I received copies of two publications that have articles that I wrote. 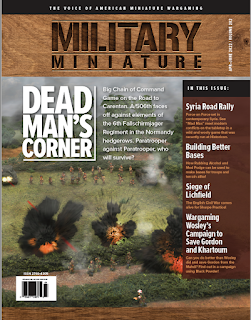 The first was the cover story in the April-June 2022 issue of Military Miniature. The article is a scenario for a war game based on the fight at Dead Man's Corner in Normandy and D-Day plus 1.  The article did not include all the graphics I sent them including the situation map, which I am enclosing here. This might help if you read the article to understand where the various locations are in relation to each other.
They also did not use all the photos I sent, So I enclosed one above. 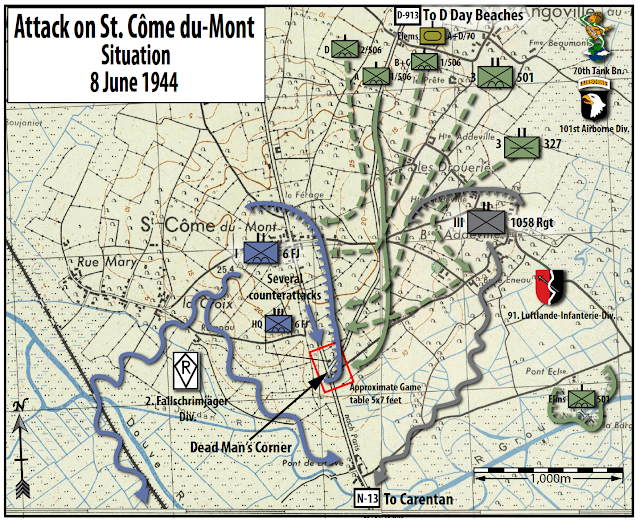 The second piece was the lead chapter for Eric White's new book, ”Building What’s In a Photo” by Kalmbach Media. I like how they did the two page spread to start off the book. If you ever wondered who was probably the first ever railfan photographer you should read this chapter. 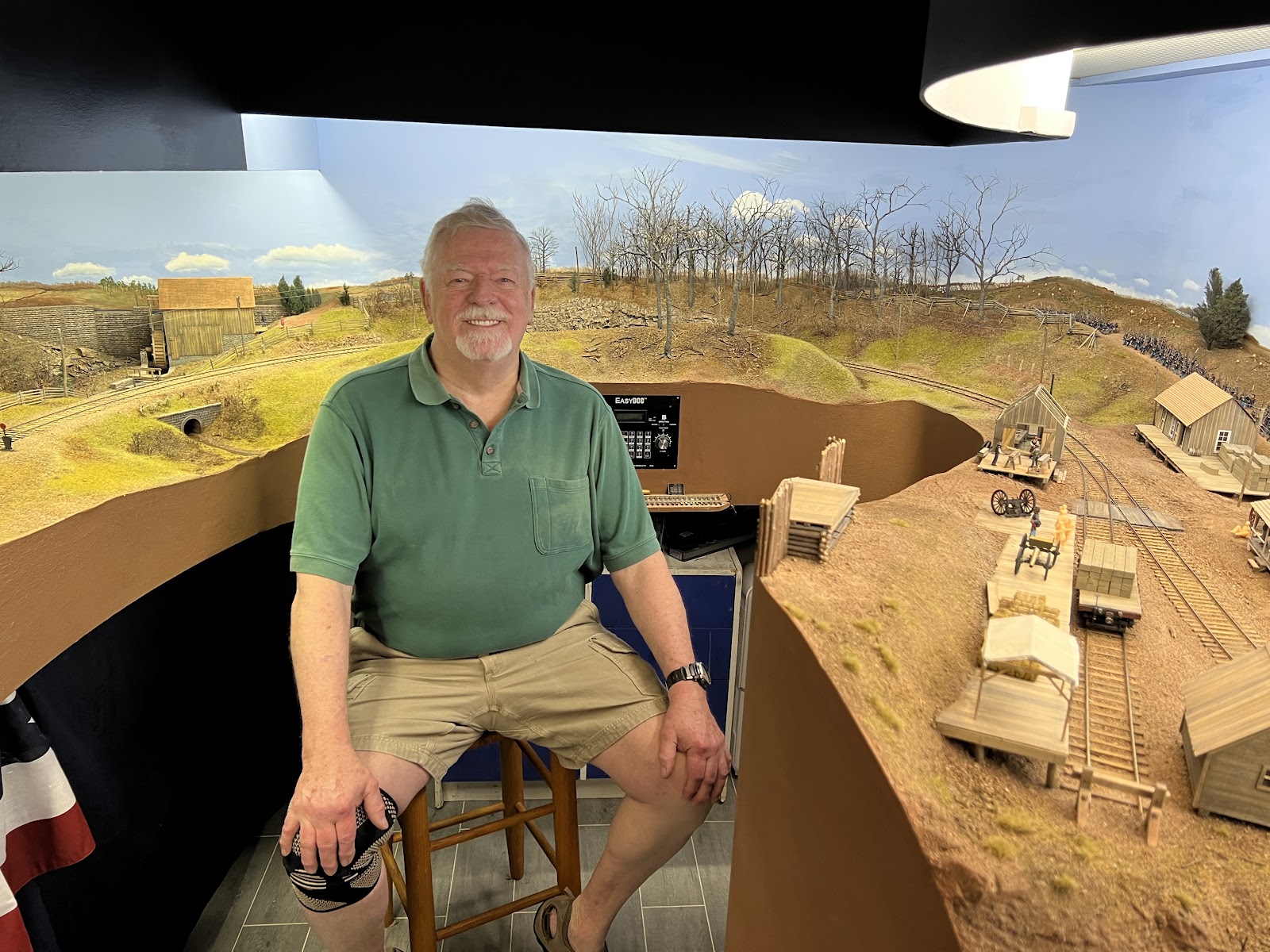 On Thursday, Jack Thompson visited the Aquia Line. Jack is a dedicated civil war historian, re-enactor, and model railroader.  Jack was an extra actor and historical consultant to the Gettysburg series of films.  He was also in the movie "Glory."

He was a US Marine in real life. He is also an accomplished model builder. He builds1/22.3 scale model railroad equipment that he runs on a friend's outdoor layout. 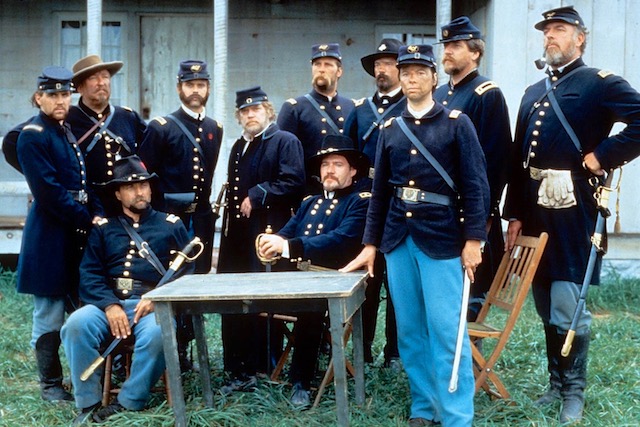 Here he is posing with the Union staff from the Gettysburg movie. Jack is on the right, Ken Burns is the on his right and in front. The other actors from the movie are also in the image.

The next shot is a screen grab of him in the movie. 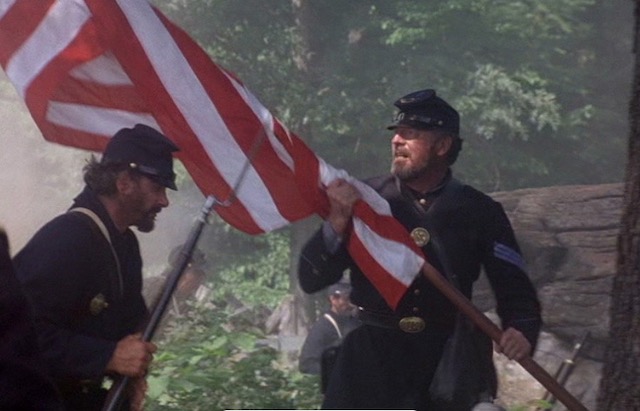 It was fun to share the railroad with a guy as knowledgable as Jack, especially when it comes to civil war era drill.

Jack pointed out a mistake in how my squad is marching into Brooke. They normally marched in column four abreast, but I have my squad marching only in 3 abreast. Jack graciously volunteered to paint the figures that would be needed to make the scene more accurate.  So I gave him the figures to paint and he took them home with him.