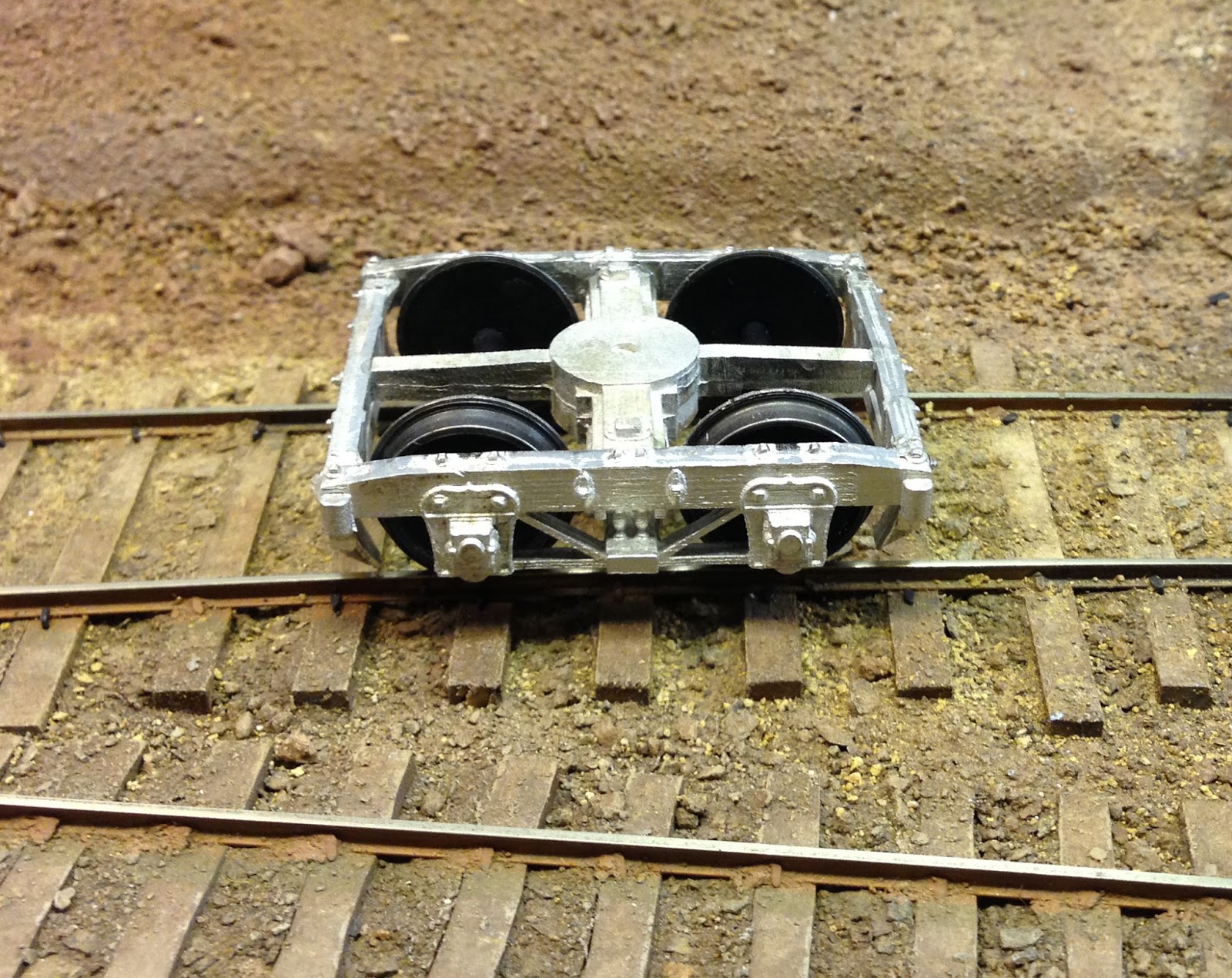 I had a chance to fire up the vulcanizer and spin caster this evening to try making some metal parts.

A few years ago, Eric Cox, of Panamint Models,  made some O scale truck parts for me in Shapeways. Our idea was to try using the 3D printed parts as masters in my vulcanizing mold machine. The first attempt was somewhat successful, but some adjustments were necessary.

I put the revised trucks in the mold. I also put some of my 3D printed DODX brake detail parts in the mold. Shapeways has been somewhat unreliable lately. The have been shipping the parts after months delay or outright canceling my orders. So I though it would be prudent to make metal copies of the brake details.

The low temp rubber worked well with the 3D parts. The molds looked good. I cut the gates in the parts and started spin casting. As normal, the first couple pours did not work too well. But as the mold warmed up and I added some gates and vents, I got a pretty good yield. After about 25 pours the mold started to deteriorate. 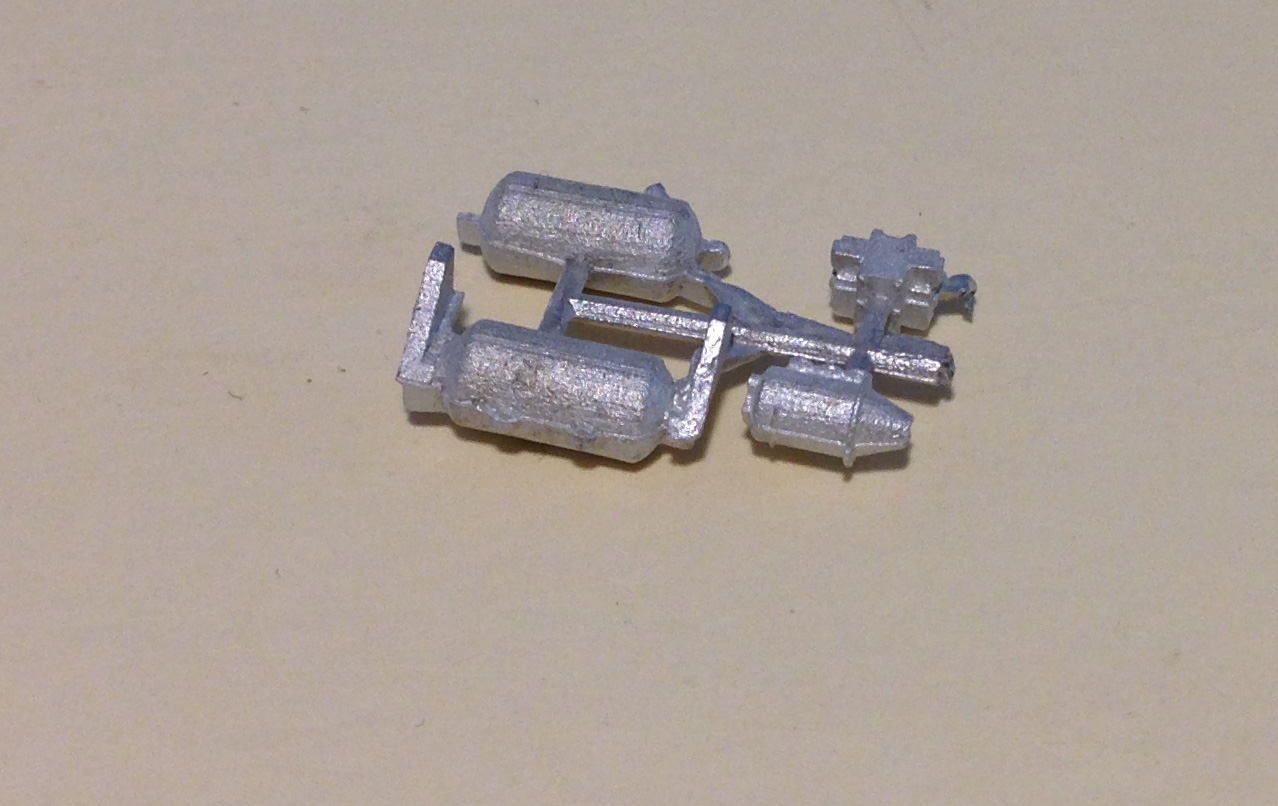 The brake details came out very well. The truck parts had a lower yield, but I still got a pretty good set of parts with which to experiment. The rubber mold material in the axle holes and some other spots that had undercuts had problems with tearing after a few pours.

I assembled a truck using some of the new castings. The revised design has very close tolerances. That combined with some deteriorated axle holes, meant that I had to do some grinding and filing to get the parts to fit without interfering. The wheel sets seemed to spin smoothly, but in testing on the track I noticed some sparking due to shorts. I added some 0.010 inch styrene shims to  insulate the wheels from the side frames and that worked to remove the electrical shorts.

The cast metal trucks don't have working brakes. But they do have some nice detail. The cast trucks add weight down low, so they should help the cars track better.

Given I have to fiddle with them to get them to work well, there isn't too much labor saving. So the jury is still out on if I want to do the rest of my cars with cast metal trucks.