Pining for the Fiords or Waxing Nostalgic? 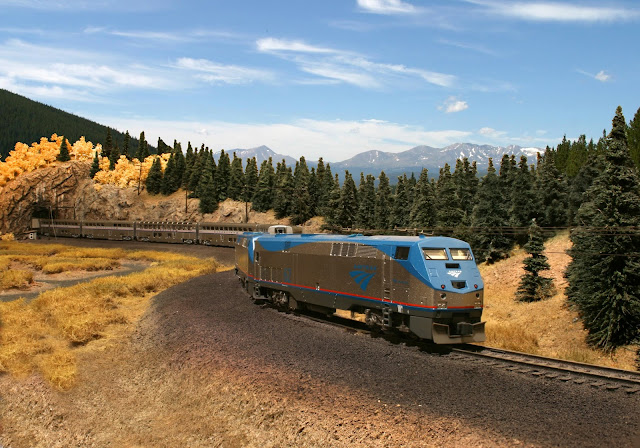 Every now and then I get an email about one of my former layouts that had been published in various magazines. These notes usually lead to a moment of nostalgia and what might have been.

The most recent note was about the N scale DRGW Tennessee Pass layout. That layout was featured on the cover on Model Railroad Planning in 2006. It was that article where I first discussed the Layout Decision Matrix to help one decide what layout to build. 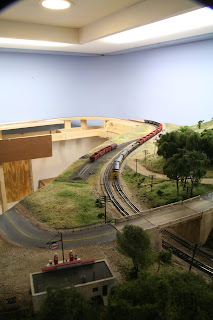 I disassembled that layout around 2008, then started a building an N Scale C&O Mountain Sub layout that incorporated my oNeTRAK modules. The photo at the left which shows the Afton module being rebuilt into the home layout.  I ended up selling those modules to a fellow in the Chicago area. He never used them, as he switched to S scale modeling.  I don't know if they are still around or not.  I did get some great photos of the finished portion of that layout before selling it.  It was featured in Great Model Railroads in 2011.  When I halted work on that that layout, I launched the Aquia Line which I am still building 9 years later. 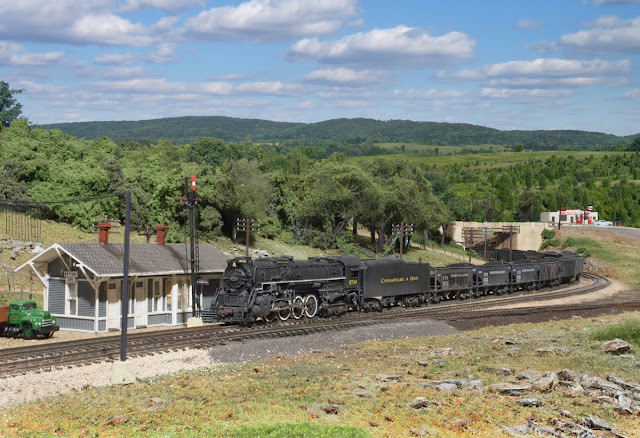 I kept a small 8-foot section of the Mitchell Curves area of the Tennessee Pass layout. And we have used it as a prop for photos over the years, for example the lead photo above. But, mostly it is collecting dust in my garage loft. I have most of the rolling stock and many of the pine trees from the layout. One of these days I plan to do something with them, but I have not decided what that will be.