A Mystery Track at Aquia Landing?

In studying the few photos I have of Aquia Landing for ideas on construction details for structures, I noticed some freight cars in one photo in an odd place. I had noticed those cars before, but I did not fully realize that the cars are on the north side of wharf adjacent to the warehouse closest to the shore. I base this on the fact that the cars are in front of the warehouse. But it is hard to tell exactly, as the edge of the freight car is right on the line of the corner of the warehouse. Is it in front or behind? That is the key question. 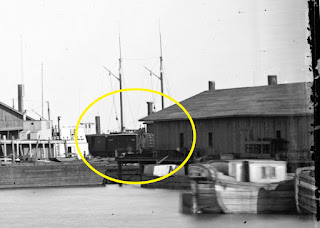 The yellow circle shows the cars to which  I am referring.    This appears to be a single track.

The photo at the bottom shows where I think this track could be. 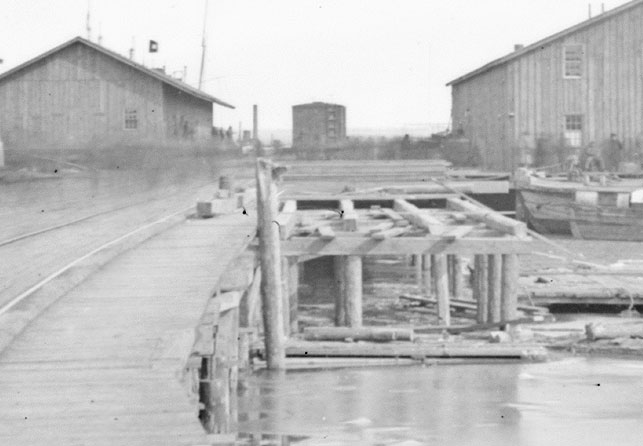 So if there was, what to do about it? In looking at my track plan, I concluded that I might be able to include this track by extending the current track I call the bakery track onto the wharf. I would have to widen the wharf a bit, but it is possible.

The revised track plan below shows how it might be implemented.  The other thing that is becoming more apparent to me is that the wharf has much more of a L shape than I planned. It may be possible for me to make my L shape larger. We'll see how that works out. 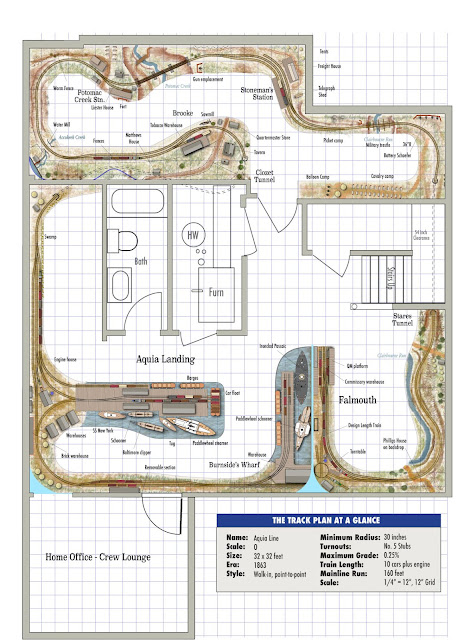 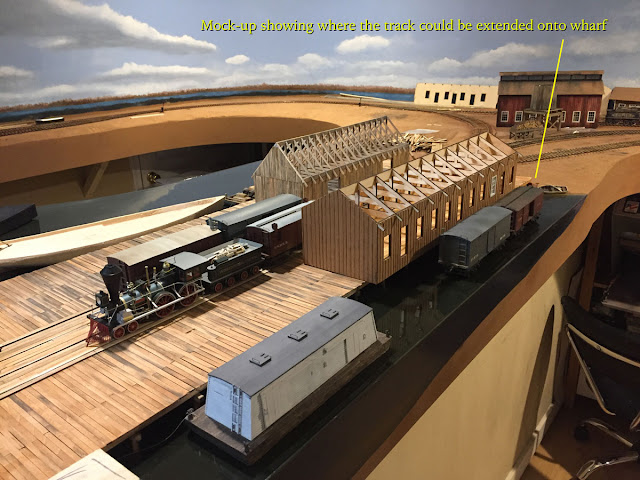