Wow, what a day! We never had more fun with the layout. Even Alicia was down in the basement enjoying the visit.  Today we hosted an open house for a pack of cub scouts and the neighbor hood children. Derek Trunkey organized the cub scouts, while Sean Heather organized the local kids. Mike Spoor, an experienced model railroader,  was visiting and he helped out. We planned the event in three waves. First was the cub scouts, then the neighborhood girls, and last the neighborhood boys.  There were a total of 19 children.

Each wave entailed watching a 6-minute video describing the layout and background, then the kids took turns running trains and doing a scavenger hunt. 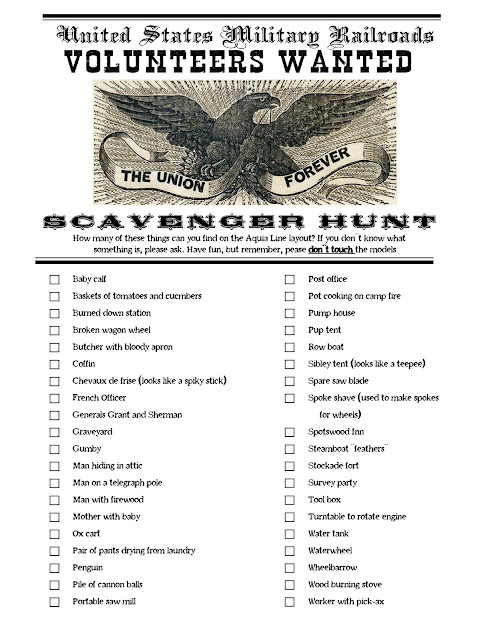 The scavenger hunt was a YUUUUGE HIT! The children and their parents had a great time looking for the items. Some of the items were obvious, some needed a little explanation, and a few were well hidden, like the penguin hiding in the first image, or Gumby hiding in the tunnel. Turns out, most of the kids did not know who Gumby was!

The kids kept their scavenger sheets as souvenirs. Some of the children had a hard time seeing the layout details because they were too short, but I had hidden a few items that they would have a better view of seeing compared to taller people.

Every kid from ages 4 to 10 got to run a train.  There were several derailments, many due to contraction of the layout due to low humidity (see more below), but the kids didn't mind.  Here is gallery of some photos. 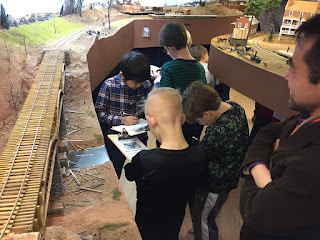 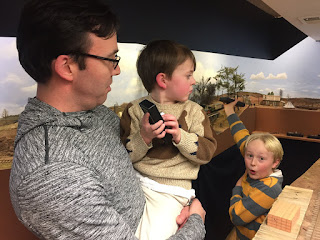 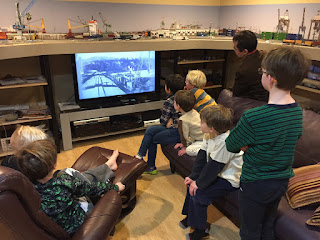 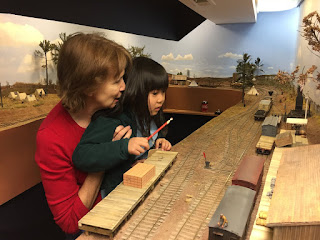 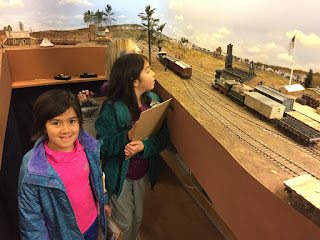 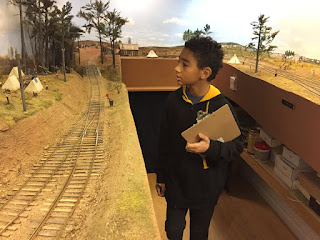 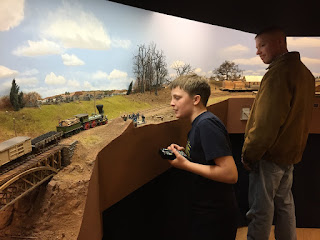 The event was so successful, that we are planning a follow-on event where each child will get a chance to assemble a building. I'll design the building kit so it can be assembled without sharp tools and with simple white glue. Some of the children suggested this, so you know it's going to be be effective. They want to learn how to make a model railroad!

The low humidity caused the usual track problems, which manifest in some of the turnouts that become too tight as the wood bases shrink under them. The solution seems to be a whole house humidifier. We plan to upgrade the HVAC in the house, so that will be an add-on to the new HVAC system. We may have to move that up on the priority list.

Engine Haupt wasn't running well, with several stalls. It needed a tune up that was mostly an adjustment of the pick-up wires, and a wheel cleaning. Right at the end of the open house Fury stopped running, though it had sound and the motor was grinding. Something was jamming the drive. I took it apart and discovered that the rear universal popped out and was jammed. It was a simple fix and it was back in operation.

All in all a great day. 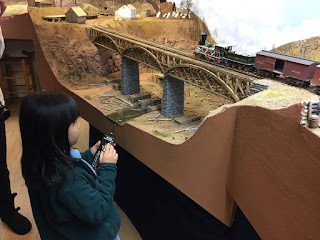 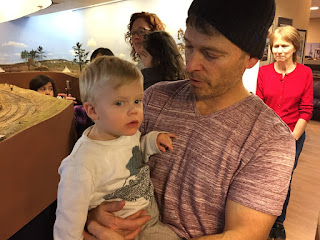 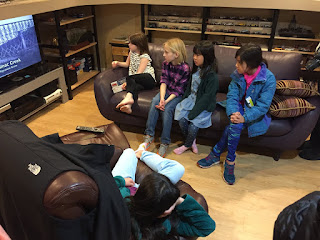