I am back in Virginia after several weeks of travel to various spots around the U.S.  The first was a week long road trip to Pikeville, Kentucky for my father-in-law's final commitment ceremony. Along the way we visited my son in Lexington, KY.

The focus of the trip was golf and family  events, so not too much time for rail fanning. Nonetheless, I managed to sneak in a couple photos of rail scenes we spotted on the way. 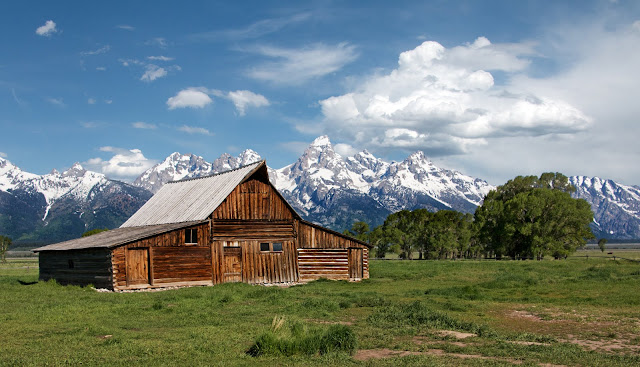 After a few days home to catch up on chores, I headed to Denver for 10 days to visit my daughter and son-in-law. Danica and I then went on a 7 day road trip to visit several western states, especially the last 3 continental states I had not been in. They were Nebraska, North Dakota and Montana. Along the way we stopped at various obscure and interesting places, especially Mount Rushmore, Beartooth Pass, Fantasy Canyon, and  Yellowstone and Grand Teton National Parks.  See the video at the bottom of the post for a summary of the trip.
We saw some rail action on the trip, but again our focus was not on rail fanning. Yellowstone was spectacular, as was the Grand Tetons.

After Grand Teton NP, we drove to Utah and stayed for two nights with Brian and Michelle Brendel. One full day was a work day on Brian's N Scale CSX Mountain Sub layout.

Brian had a full do list for me to work on. I got almost all the tasks done, plus a few others not on the list in 14 hours of work. That evening, the Friday Night Group showed up and had an amazingly productive work session. A few more sessions like that and Brian will be able to run trains, now all he had to do is lay some track.
.