Compendium of Photos of Engine Leach

I thought it would be handy to have a single blog post with all the photos I have found of the USMRR engine Leach. John Ott was very helpful in sending some of these to me. The first two I had previously posted on my blog. 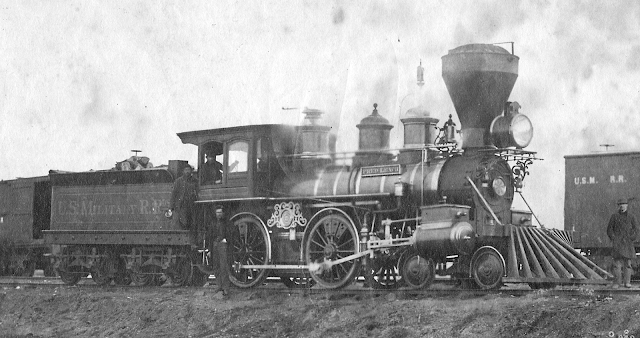 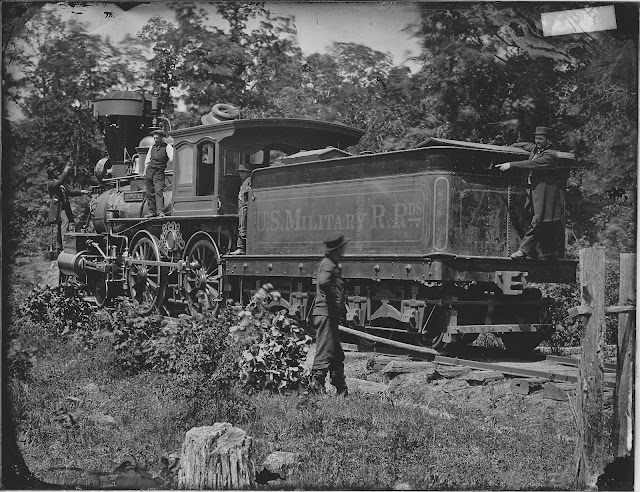 The next two are actually the same image, except one is a wide view and one is close  up. 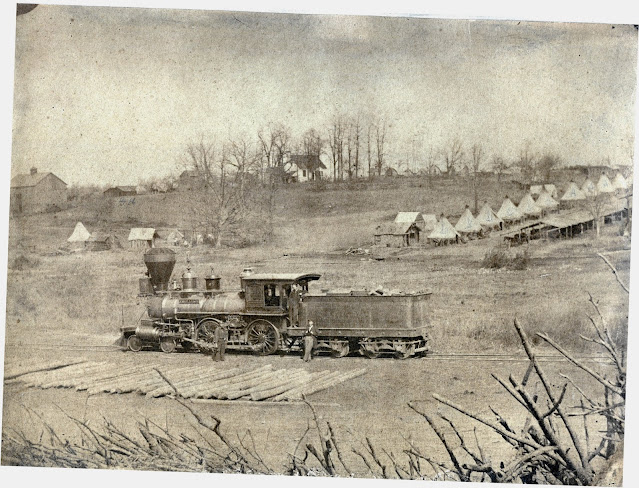 The last image came via John Ott. Note the circular headlight in three of the images. Only the one image shows a rectangular headlight. Since Leach had suffered battle damage during its career, some parts were likely changed. Also not in the second and last photo there is an odd ring-like part on the rear steam dome.  On some of the photos the lettering on the tender is barely visible.
The following images are of other locomotives made by NJLW that John Ott sent me. They may share some family traits with Leach. But Leach is the only one with three domes. Leach was also bigger than most other ACW era locomotives. She also had a longer wheel base than most. 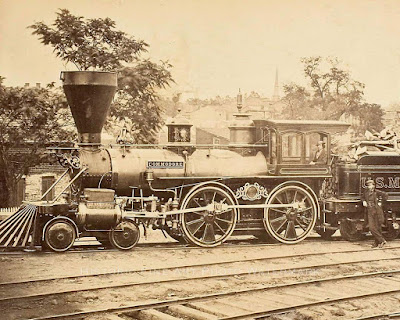 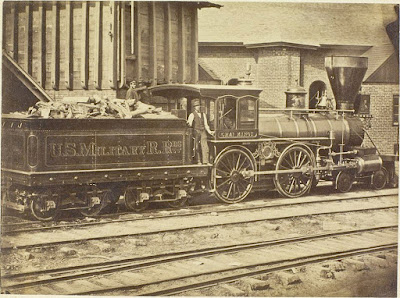