An achievement of sorts 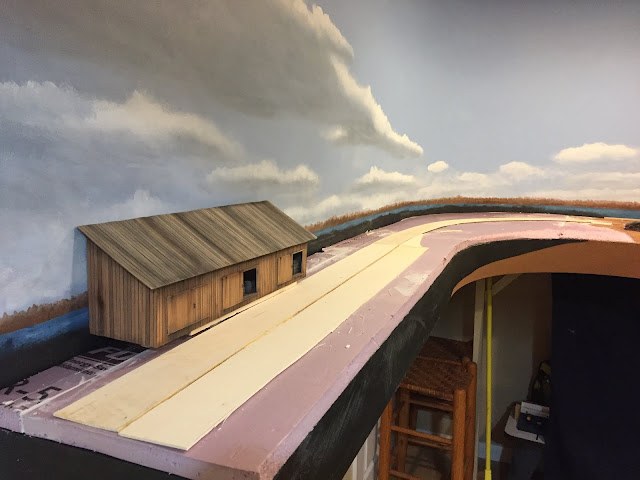 Tonight I finished glueing down the last pieces of road bed for the Aquia Line. The roadbed is 1/8th inch poplar plywood glued to 1 inch of foam. I like this method of construction as it is fast, strong, light weight, and accepts spikes with no problem.

While I was laying the track I was thinking about how to switch this siding. I concluded that the original idea of having a turnout here is very handy, as it would prevent trains from having to back all the way across the wye to make pulls and spots.  So I put the turnout back in the design and added a piece of roadbed for it.  There is room in the siding for a 6-car train, which is also my design train length, plus 3 cars at the warehouse. The warehouse is recycled from McCook's Landing.. 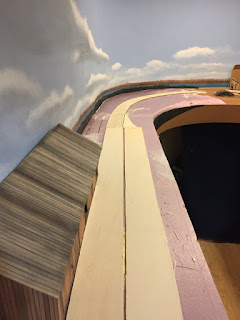 Here is the track plan with the siding shown at Burnside Wharf. I call it the set-out track, but it is like a visible staging track.  Cars destined for Burnside Wharf will be spotted here.

The prototype photo below shows the area that this scene emulates, though it is on the wrong side of the landing in my layout due to the constraints of the room. 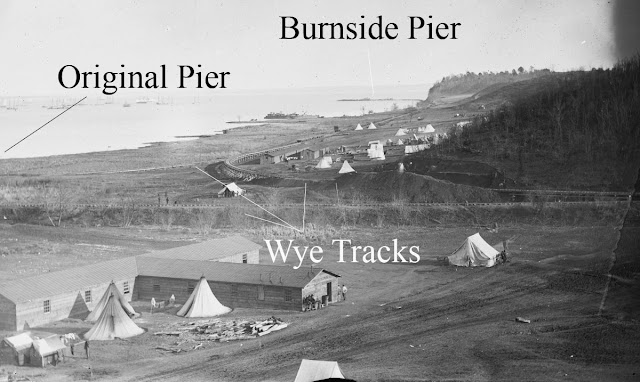 I could repaint the horizon on the backdrop to show the ridge line on the west since that would match the geography better. In that situation, the tracks would run along the right and then turn right into the river. But the prototype Aquia Landing is on a pointy peninsula surrounded by water on three sides.  That is how I have the scene depicted my backdrop now. I like the way it came out, so for now I plan to leave it like it is. I just need to adjust some of the boats on the back drop as they are artifacts from before the expansion of Aquia landing. 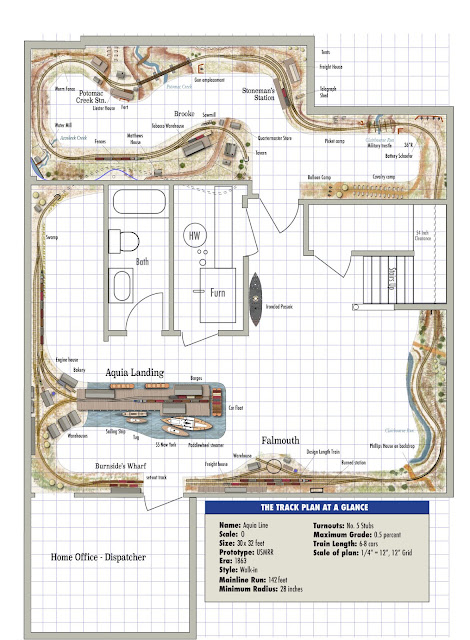