I started the layout revisions for the former Burnside's Wharf area of the Aquia Line layout. I use some pink foam I had on hand and the warehouse from McCook's Landing to quickly mock-up how it might look.  I immediately liked it.  This test convinced me that the revised plan is superior to the former plan. The revised design gives me nearly the same level of operation potential and looks a lot better. 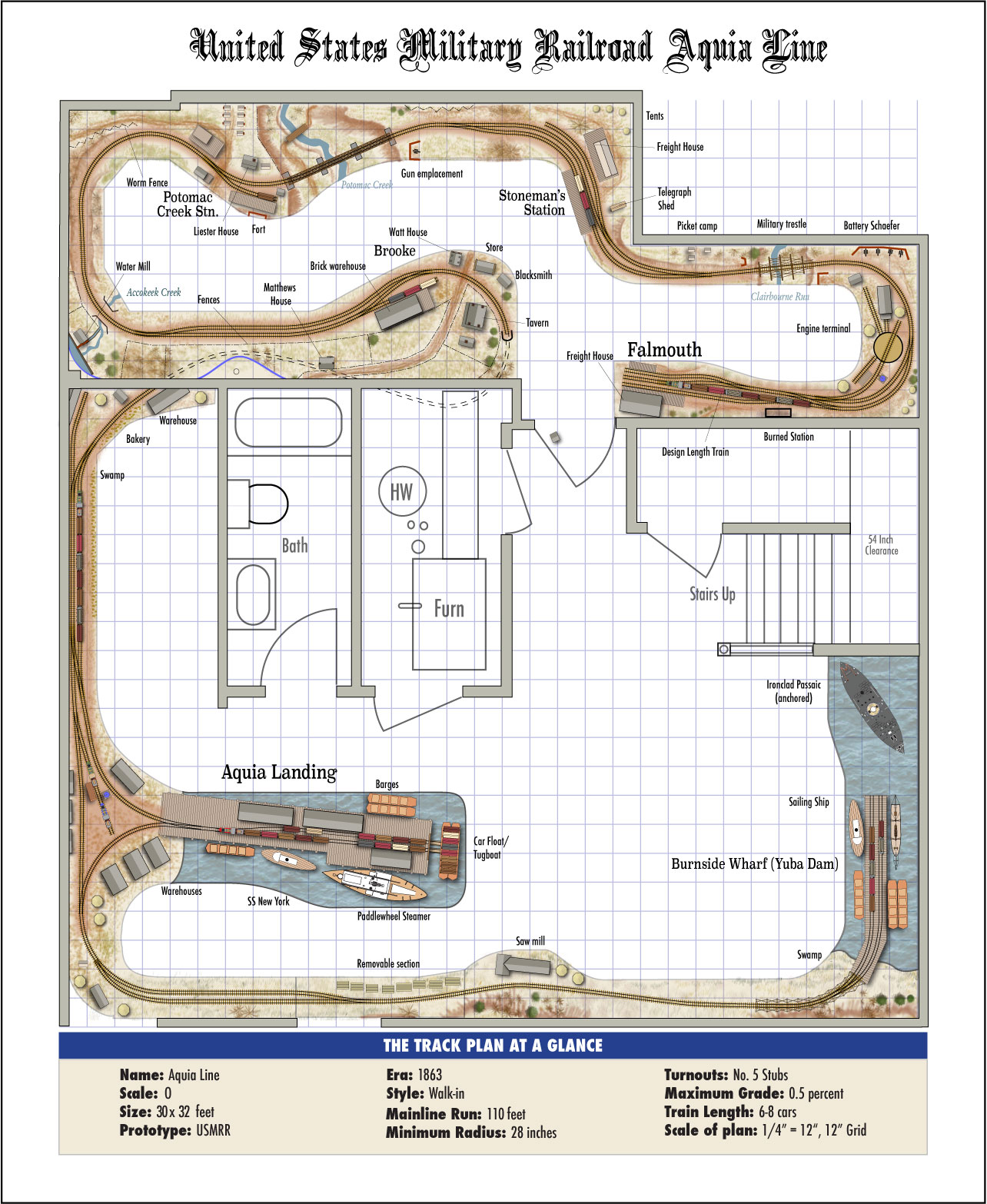 The other cool thing abut this plan is that it gives me an additional option if I decide to expand the Aquia Line. I can go with either an extension on the Falmouth side, or run a more complete rendition of Burnside's wharf as roughly shown as the track plan at the right. But that is in the future. For now it was time to initiate hostilities at Aquia Landing.

It was a simple task to cut the foam pieces to fit and glue them down with Alex Plus caulk.  I also puttied in the gaps with fast and final spackle. 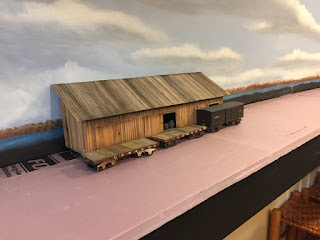 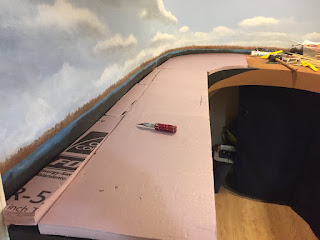 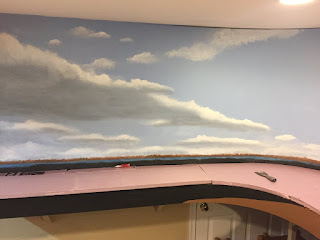 While the glue was drying on Aquia Landing, I shifted fire to the PoLA layout to continue to work on the Borax silos. I had to do some fit adjustments to the top plate of the silos. Then I proceeded to scratch build the unloading shed. I used a laser cut acrylic core, with some plastruct I-beams inside and Evergreen styrene corrugated siding on the exterior.

I had previously measured the height of the structure to insure that the stairs would fit in an even number of flights. My model is selectively compressed so it will only have four flights of stairs, while the prototype has six. There is a lot of cool detail on top of the loading shed. It will be fun to build that. 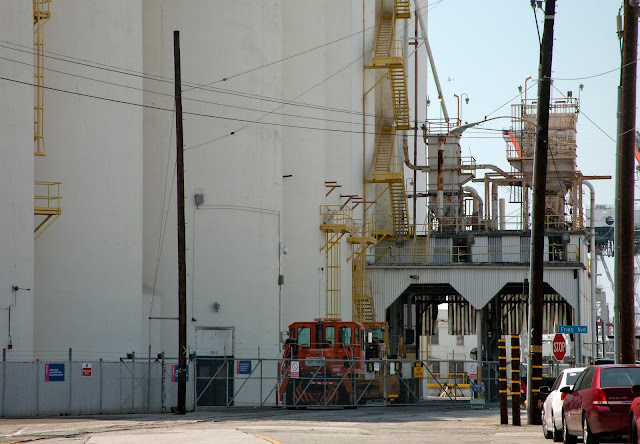 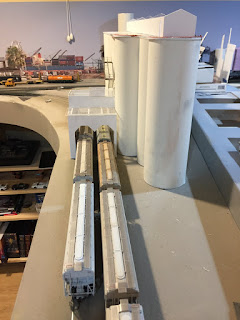 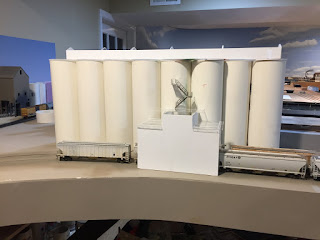 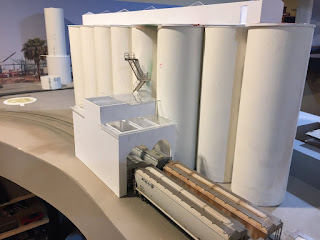