All Mocked Up and No Place to Go

Thanks to everyone that commented on the previous post. Here are some more of my thoughts on the scene. I hope to install the water level plywood soon, so I need to sort out the design. 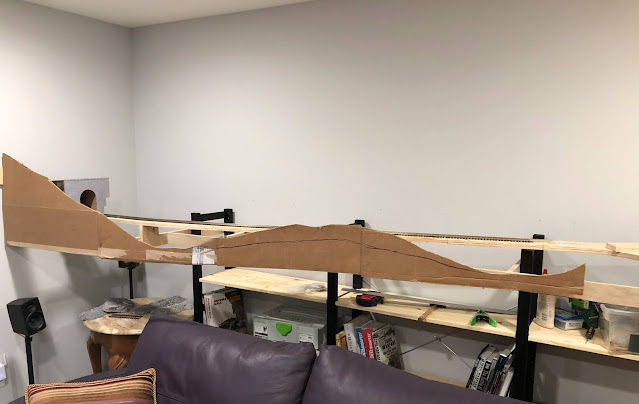 I cut some cardboard to mock up the fascia. The exercise proved illuminating.

First, I determined that I should add some more lateral distance between the fascia and the track, i.e. make the layout benchwork wider. This is mostly so that when I take photos or shoot video, I have a little more terrain to work into the scene. But it also improves the scenery to the track ratio, making the layout more realistic and visually pleasing.  This goes against some currently fashionable layout philosophy to have minimal bench width so one can maximize run. But in this case, I have plenty of room to grow the width of the scenery since I already have maxed out my linear run. The extra width will be infringing on a generously sized crew lounge where a few less inches of space is not critical. 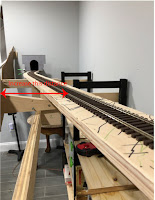 Second, the mock up shows that the vertical bump in the fascia isn't really that effective as a scene divider. Plus, I surveyed the rest of my layout and determined than I have eight other locations where I have terrain higher that the track between the fascia and the track. But, I have only four places where the terrain at the  fascia is lower than the track.  So I need more below grade terrain. Below grade areas also make better photo opportunities.

The desire to break up the scene to make the run feel longer is not as imperative here as elsewhere because the run from Stoneman's Station to Falmouth is the longest I have on the layout -  about about 50 feet with 16 feet in the Stares Tunnel. It takes about 3 minutes of run time at track speed.  It's true that in model railroads, the length of run can never be long enough, but this is getting close, or at least as close as I can get in this basement without going to a double deck layout design.

Third, one of the common features of civil war era railroad construction is the use of trestles over undulating land versus excavation of cuts and fill. Before bulldozers and dump trucks, cuts and fills were more expensive, at least in the short term, than wooden trestles.  And ante-bellum railroad builders aimed for fast and cheap. The USMRR followed this philosophy even more on lines they built.

In the case of the Aquia Line, the USMRR built over an existing roadbed, so the grading was largely complete. But, there was a long low trestle over Accokeek Creek. Haupt says it was about 150 feet long and 30 feet high. I only have one image of this bridge and it is a quick artist's sketch, not a good photo.  Not much help there. I don't have room for a scale 30 feet  of height, which would be 7 inches, so I need to aim for a lower style bridge.

Fortunately, the USMRR built many bridges like that and we have photos of several of them. The USMRR City Point and Army line has several examples of low trestle bridges like this.  Bridge number 2 was a modest one, while the bridge over Hatcher's Run was much longer.  The USMRR built extensive trestle work at Aquia Landing to connect Burnside's Wharf to the mine line. So there is ample prototype precedent. 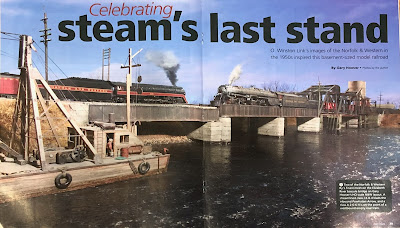 Fourth, I think a long low trestle would look really cool.   Gary Hoover has an impressive low trestle on his new N&W layout. Paul Dolkos has one with a swing bridge on his new layout. 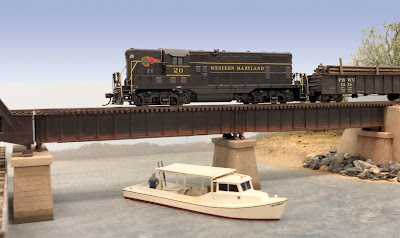 In conclusion, a long low trestle is a typical USMRR construction feature, it would amplify the narrative of mid-century railroad construction and  it would look cool.  I will use some foreground trees to help break up the scene, but the trestle will be uninterrupted by a cut and fill.