One Versus Two Bridges? 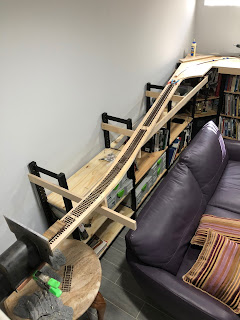 I installed the benchwork and roadbed for the expansion as the track departs Stares Tunnel. The curves are 36 inch radius minimum, though the curve just as the track departs the tunnel is mostly eased to a much greater radius. The flow is nice and smooth. Turns out the grade in the tunnel is greater than in this visible section, so there isn't that much more to worry about.
Now I need to decide if I want one long trestle or two smaller bridges separated by a short section of cut through a hill.
I did two concept sketches using Photoshop to show how both might look. The comparison photos are below. Which do you like better- one long trestle, or two short bridges with a short cut in between?How about both, that is have the long trestle, but have some trees in the marsh in the middle foreground. The trees would help break up the scene, but still allow the long vista. 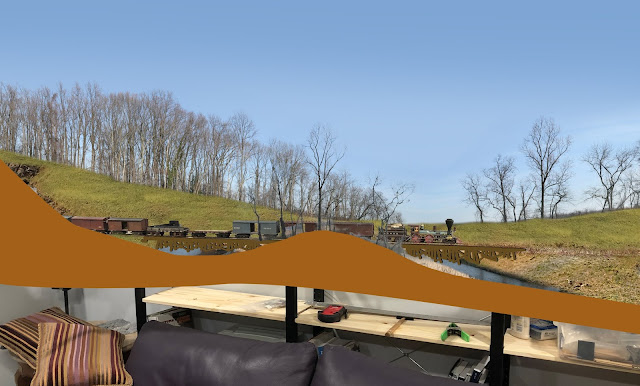 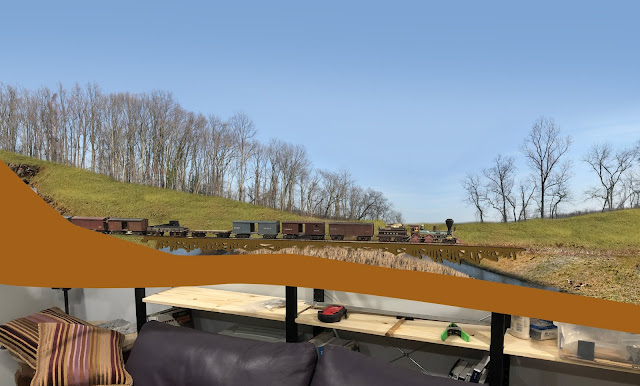 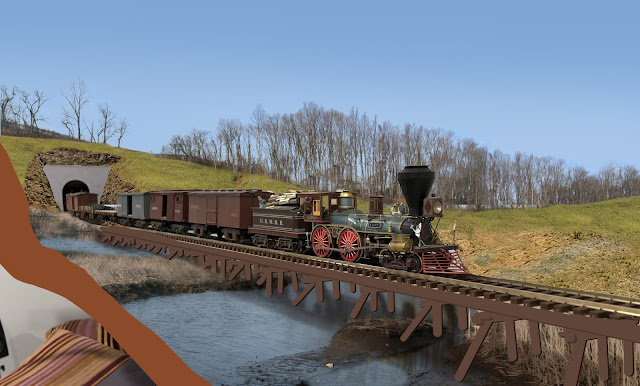 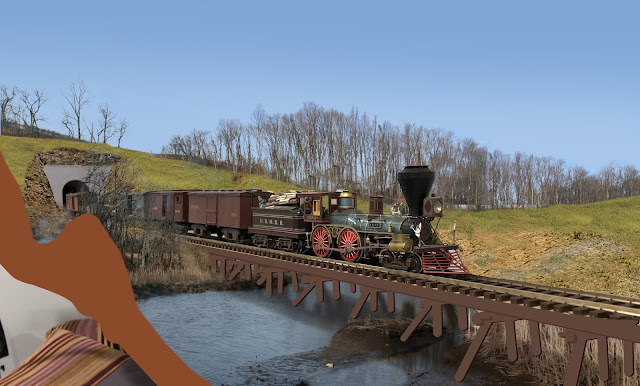 The compromise solution - long trestle with a slight rise in the middle with some trees. 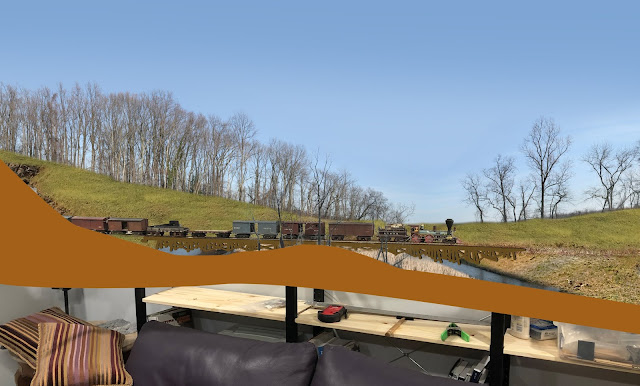